There is a lot of talk about the crypto blockchain these days. The technology has been around for years, but it’s now become more mainstream and popular than ever before. But is it safe? In this article, we will explore what the blockchain is, how it works and whether or not the blockchain is really as safe as people think it is. 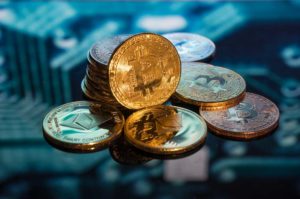 What is the Blockchain?

The blockchain is a decentralized database of transactions and other data. In particular, itâ€™s a type of distributed ledger that is built for the purpose of maintaining records. This is because there are no centralized points of control or ownership. That means that no one entity has power over the data – and as such, the risk of hacking decreases significantly. Decentralized networks also have an inherent advantage over centralized networks in that they are typically faster, more resilient to downtime and corruption (since thereâ€™s no single system failure point), and can even store larger amounts of data more efficiently.

Still, wondering how this works?

Iâ€™ll give you an analogy of a decentralized database. Imagine that there is a large group of people living together in the same building. They are all in charge of keeping track of different parts of the building, from the upkeep to the finances, and everything else related to it. And because they each have some control over what goes on in their own little corner of the building, they can also report on anything that goes wrong with things like plumbing or electricity. This means that if there is a problem with something major, more than just one person is aware and can do something about it right away.

Is the Blockchain Secure?

It’s worth noting that hackers often target centralized networks because they are more vulnerable. The decentralized architecture of the blockchain, on the other hand, makes it virtually impossible to target a “heart” and take down an entire network at once. Hackers have a much more difficult time with decentralized networks because the overall risk of corruption or attack is lower than in centralized ones. Plus, there are many people involved in managing the blockchain – which means that corrupt individuals can be caught and removed from their positions very quickly.

There is also a lower risk of human error in decentralized systems. In centralized systems, humans are required to input data for things like transactions and transfers – something that isn’t necessary for a blockchain system since all data is verified automatically.

Manipulation – It’s possible that one miner or a large enough group of miners could eventually gain control over more than 50% of the mining power. It would then be possible to manipulate and steal funds from other parties on the network.